How to Make NetSuite Work with One Piece Flow Concepts 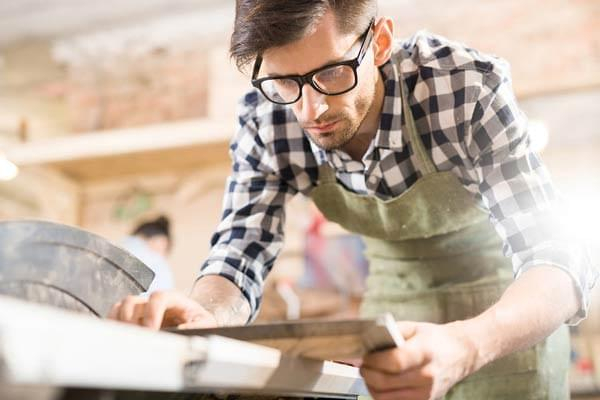 Here’s the story we all know too well:

We bought too much of something from China, Mexico or the USA. We then assemble that with some value-added activity we offer. We put the inventory in finished goods and stack them on a shelf. We then find some defects or that the customer specifications have changed making our product defective to the customer. We then have to over-process these goods to fix the defects. All of this requires moving the products to and from the assembly station to the storage racks and back, resulting in excess transportation and excess motion by doing everything twice. It’s time to cut out these wastes with the use of one piece flow in the physical world and align our digital process to match.

This isn’t always easy. Sometimes it’s harder to get our minds around the concept more so than getting our ERP to handle the concept. The goals in this turning point of company objectives include:

What is one piece flow?

One piece flow means to make one item at a time, from start-to-finish. These pieces do not stop and wait for another piece at the same station, they move through your system without delay, with minimized motion and transportation.

When we decide to utilize one piece flow we are making the decision to become in sync with our business. This symbiotic relationship for production to match sales is one of the most productive efforts in Sales & Operations planning (S&OP). I need to be clear, deciding to batch versus one-piece-flow products is not the same as deciding if products should be make-to-order or make-to-stock, both can be used in one piece flow.

My recommendation in this post is to one piece flow as much as possible. Some things you just can’t. Often, something like an epoxy should be used completely (the whole tube) due to cure times; working with concrete, heating/cooling operations in ovens, plastics, machinery, etc. We can see a significant cost if this recommendation is misapplied; thus, use one piece flow as much as possible. If you’re making dinner for five, don’t cook one potato at a time!

By keeping materials out of the WIP stage we see that we can keep defects to a minimum, deliver quickly, but keep production smooth. This smoothing of operations results in faster time to produce from raw material to finished good. When the production queue is planned properly through NetSuite’s business intelligence and order management system, you know what to produce and when to produce it.

Here’s an example of how a company transformed production of an assembly without implementing an official WMS system:

A finished product was thought of as a kit and defined this way in NetSuite. Upon examination, we replaced this kit with an assembly and started driving work orders for the product with the help of the NetSuite Work Orders and Assemblies module. The item and quantity to make was displayed on a computer monitor nearby so no one had to go to an office to review what needed to be made and how much.

This assembly had a bill-of-materials that displays each component that makes up the assembly i.e. 1 table top, 4 legs, 1 bag of hardware, 1 electrical light assembly.

In our real world example, the issue was a custom cabling sub-assembly for the electrical light assembly was made in batches in a different part of the warehouse due to the requirement of an expensive hand-tool. This meant that even though orders for for this table came in one at a time (customers would rarely order more than one; and B2B customers were allowed to drop ship, again, one at a time; which isn’t to say that an order for 5, 10, or 25 never came in...they did, just infrequently).

The issue here was a hand-tool for crimping wires was expensive, sure, but also, it was used for making up multiple assemblies. A workstation for all of the electrical assemblies already existed, was clean, organized, stocked, bins were labeled, it made sense. Until one piece flow challenged the production system.

The digital process would now match the physical process. The sub-assembly on the kit BOM would now become components on the assembly product since it there was no longer a sub-assembly required, it was made at the same time in the same place as the rest of the product. The business was better suited to keep the promise the brand made, all while having lower takt time to assemble the product, and the operations team had less frustration, less time to build a product, more time to do other tasks and projects, and the customer, the staff and the business experienced a win-win-win.

Why did we change the “kit” to an “assembly”?

When the accounting of a kit was compared with an assembly, the controller made the decision that an assembly was the better choice. The GL impact that happens in NetSuite with a kit is different than an assembly, even if the components are the same. The difference is that an assembly as a whole can have a Cost of Goods Sold (COGS) account assigned to the product, and the total cost may go to one specific account, whereas a kit allocates cost at the component level, so if your components have different COGS accounts, those will be impacted whenever a kit is sold. That works great when you want that done, such as when we have a Group Item in Magento sold online, but in NetSuite we pair that to a kit and it is made up of multiple assemblies from different production lines in a warehouse.